November 03, 2017
Many people think that burglary, robbery, and theft are all the same crime, but that isn’t the case. They are each slightly different from the other. Why does this matter? The answer is that they all are different crimes, which means if committed they could all lead to different punishments, one more severe than the other. Our experienced attorneys at the Lake of the Ozarks are here to put this confusion to rest and explain what burglary, robbery, and theft really are and what specifically makes these crimes different from one another. 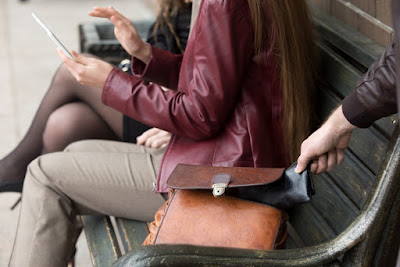 
Theft is the most commonly committed crime between burglary, robbery, and theft. Theft is the taking of someone’s property without their consent and with no intention of returning that property to its rightful owner. There are 3 different points to consider when understanding theft:

Property – Theft involves the taking of personal, tangible property from someone else. This means that you can’t consider it theft if you try to steal someone’s land, while other charges may apply, it most likely isn’t  theft. Theft occurs when something you can actually move is taken, such as money, jewelry, or other physical goods.

Wrongful – Theft also involves the act of wrongful deceit. When theft is committed, that means going against the owners wishes by tricking or deceiving them. For example, if a friend lends you their car and you allow them to believe you are returning it when all along you hand no intent of returning the car, that could be theft. 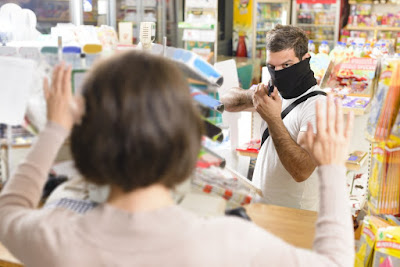 
While robbery involves taking something from someone, like theft, the difference is that you have to use force or threat of force to take that property for the crime to qualify as robbery. There are 2 key elements within robbery you need to be aware of:

Person – In order for a crime to be robbery, a physical object must be taken from another person. The object can either be something someone is holding or something someone has in their control, such as money hidden in a safe that they have in their possession.

Violence – The key difference between theft and robbery is the use or threat of violence in order to steal property from someone else. For example, if someone leaves their purse in the front seat of their car and goes into a convenient store, returns and their purse is gone, that’s most likely theft. If someone is walking through a convenient store and is approached by someone else who puts a gun to their head and demands they give them their purse, that’s likely robbery. 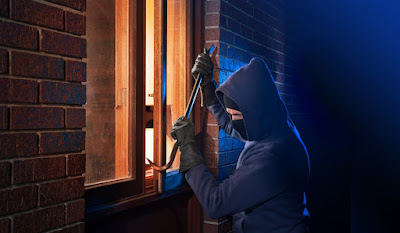 
The big difference that sets burglary aside from robbery and theft is that you don’t actually have to steal anything for it to be considered burglary. To commit the act of burglary, you must enter a structure or dwelling with the intent of committing a crime once inside. In addition, the crime doesn’t even have to be theft or robbery. There are 3 key elements when it comes to burglary:

Structure – Burglary laws have become much broader over time. In the past, it was just considered burglary if you broke into someone’s home. Now, in the eyes of the law, a “structure” can be a nonresidential building, a temporary structure such as a tent, or even a natural formation such as a cave.

Breaking – The common misconception is that you have to use force to break into a structure to commit burglary, but that isn’t the case. You can simply open a door that was already unlocked or open a window that was partially wedged open to get inside and it is still likely considered burglary.

Entry – Burglary can be committed without completely entering the home. For example, if you wedge a window open and insert an object inside with the intent of using it to steal something, that can likely be considered burglary.


If you ever need advice about one of these crimes or on how the criminal justice system works, call Phillips, McElyea, Carpenter, & Welch. One of our experienced criminal defense lawyers at the Lake of the Ozarks can answer your questions. We can be reached at 573-346-7231. 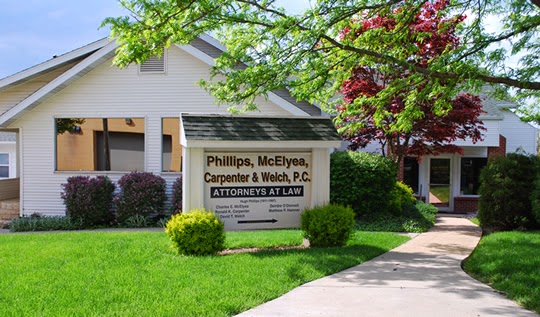 The choice of a lawyer is an important decision and should not be based solely on advertising. When you need a knowledgeable attorney, we invite you to contact us to set up a consultation. Evening and weekend appointments are available. We have access to interpreters.

We accept Visa, MasterCard, and Discover.

Popular posts from this blog 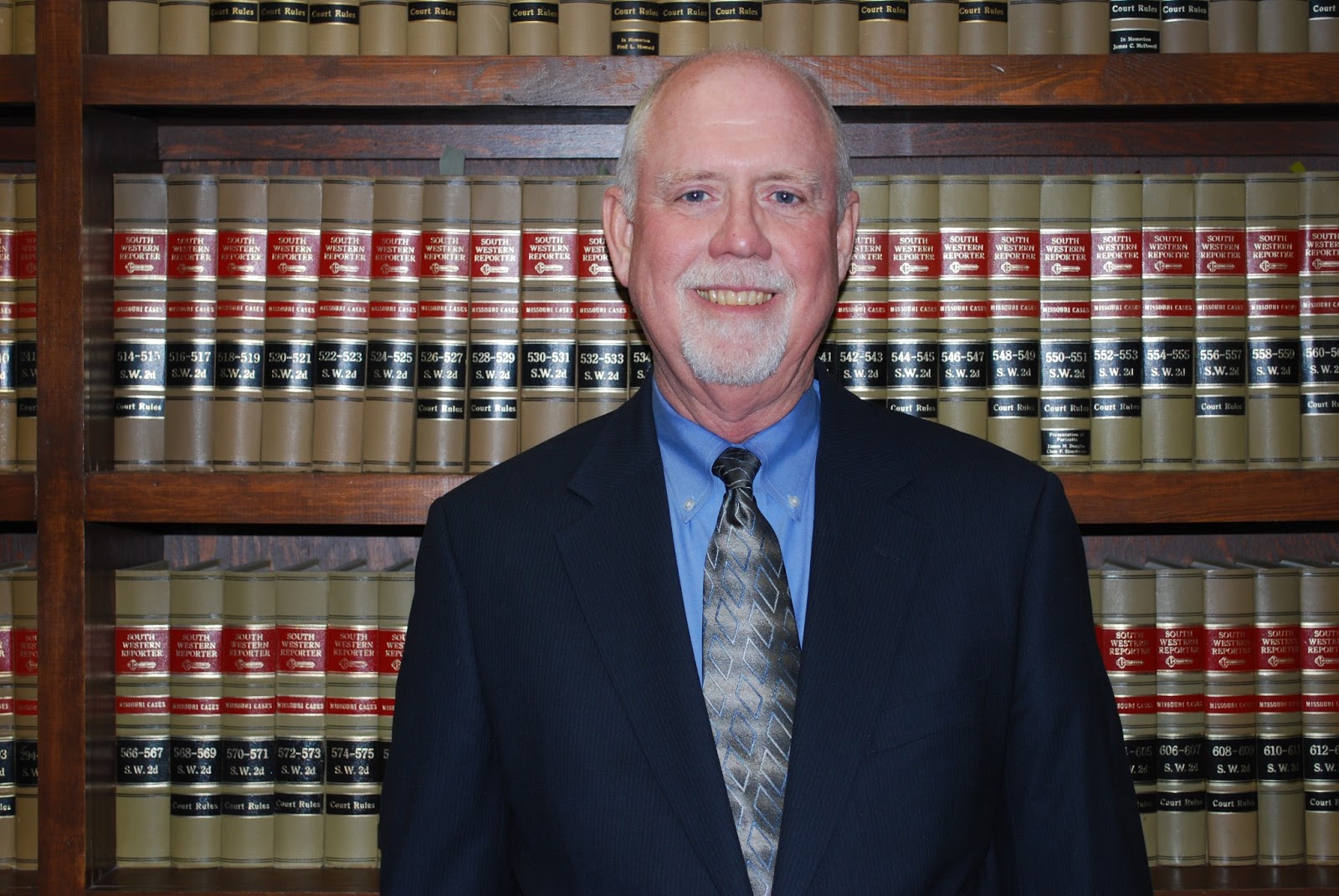 Meet Charles McElyea I have practiced law in the Lake of the Ozarks area since November of 1971. I joined the law firm of Phillips and Parrish after being discharged from the United States Army as a First Lieutenant. I am now the senior member of the five member law firm of Phillips, McElyea, Carpenter and Welch, P.C.
Since November of 1971, I have been engaged in the general practice of law, handling cases in state courts and representing clients in a variety of civil matters. My practice areas include representation in real estate matters and disputes, municipal and county government issues, estate planning and probate administration, domestic relations, business organizations, condominium and homeowner associations, and personal injury. I am also involved in alternative dispute resolution as a mediator and an arbitrator.
I graduated from the University of Missouri in Columbia, Missouri, in 1968 with a Bachelor of Science degree in Business Administration and Marketing.…
Read more

How Can a Criminal Record Affect Your Future? 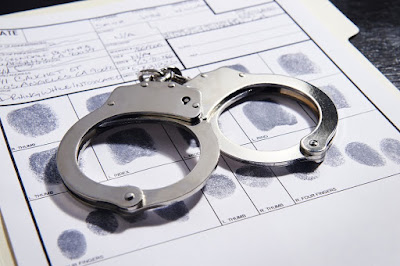 There are over 65 million Americans living their lives with a criminal record. When you have a criminal record, you face many challenges in life, from finding a career to trying to rent an apartment. You may have done your time, but once your sentence is over, the struggle to live a normal life is real. Our experienced criminal defense attorneys at the Lake of the Ozarks are here to share some significant statistics we have found regarding criminal records in America. Read on to see how these people will probably be impacted in life with a criminal record. If you ever find yourself facing criminal charges, call Phillips, McElyea, Carpenter, and Welch immediately.


We found this article on the National Institute of Justice website that clearly indicates how a major portion of the United States has a criminal record.

The Pumkin Chunkin Palooza is Coming Up 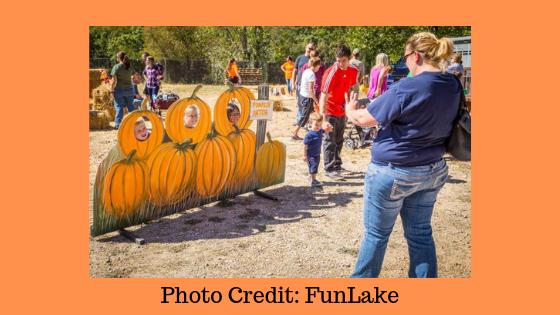 A fantastic community event is coming up very soon and our attorneys in Camdenton are excited to tell you about it! Phillips, McElyea, Carpenter, and Welch love this community. If you are in need of an experienced Camden County attorney, give our Camdenton law firm a call at (573) 346-7231. In the meantime, keep reading to learn all about the Pumkin Chunkin Palooza coming up!


The Pumkin Chunkin Palooza at the Lake of the Ozarks
Source: https://www.funlake.com/pumkin-chunkin-palooza